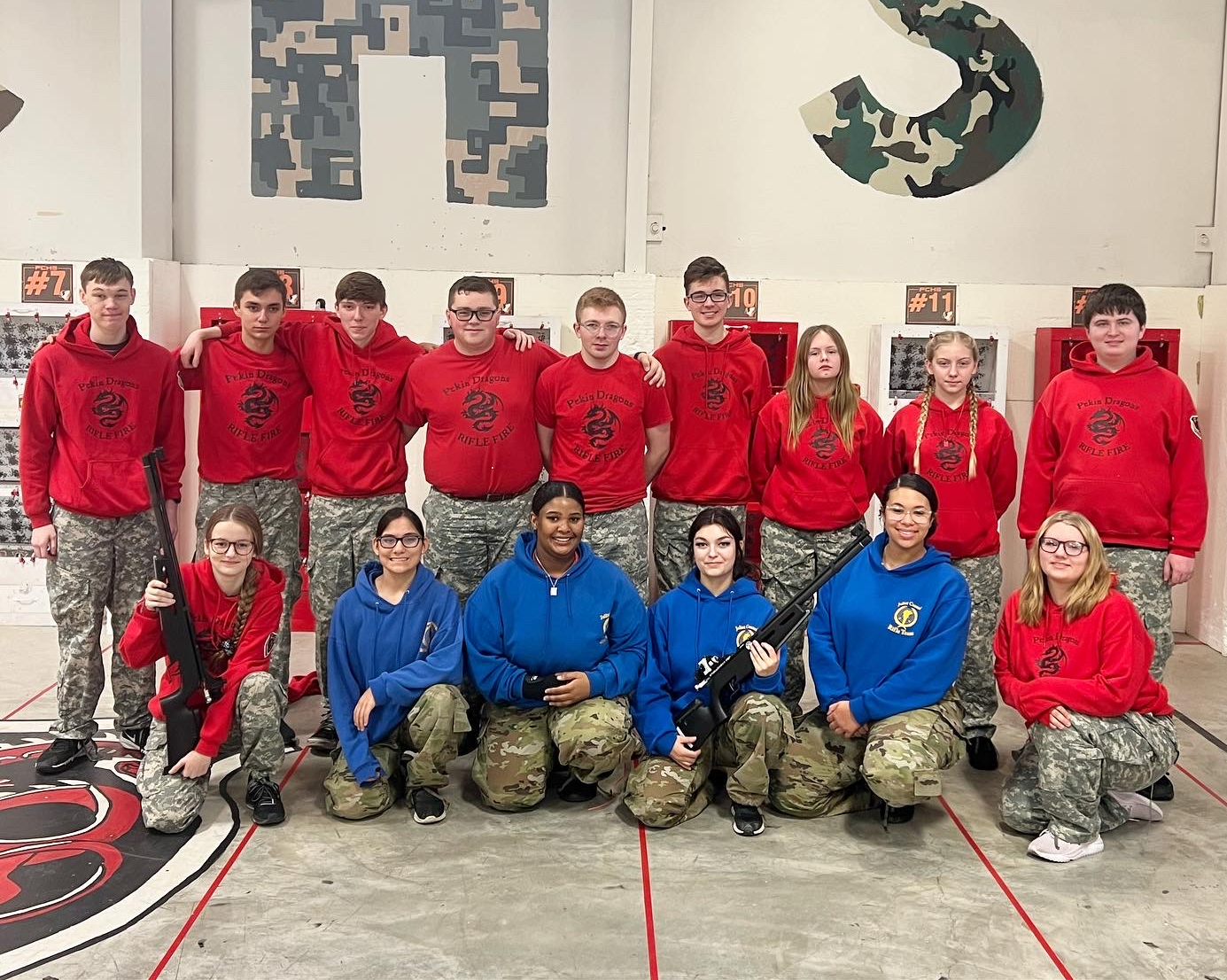 The Pekin Rifle Team also know as Rifle Fire, competes in air rifle Competitions state and nation wide. Tryouts are typically in October and competitions are held against other schools, at home and away, from the months of November through February. We also compete in some “postal competitions” where we shoot targets and they get sent in for scoring against other teams. If the team qualifies at the end of the year, certain higher scorers will be picked to compete at Camp Perry, Ohio, for NRA Air Rifle Nationals.