Boards and Cadet of the Month

Chain of Command and Staff 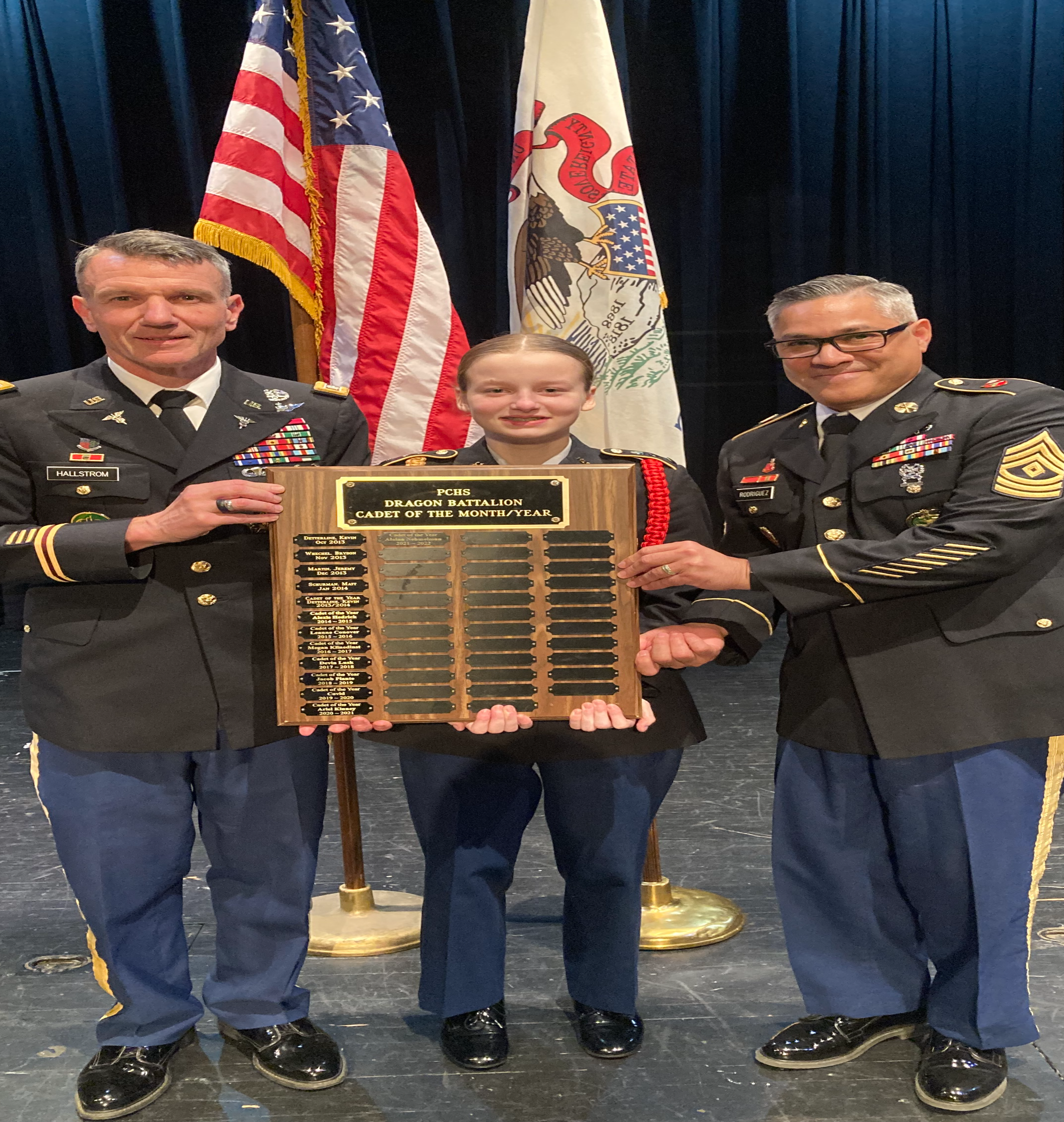 JROTC Family. Thanks for the memories. Closing the flight plan. Have enjoyed every moment of the ride working with all of you. God's speed. See you on the high ground. Lt. Col. Larry Hallstrom

History:
The Junior Reserve Officers Training Corps came into being with the passage of the National Defense Act of 1916. The focus of JROTC was on secondary schools and was part of a national commitment by the Department of Defense to give back to the civilian community by supporting public education. Pekin Community High School has maintained a JROTC program since 1995. The unit currently is designated an Honor Unit with Distinction by U.S. Army Cadet Command.

Our Motto: "Marching In, The Fire is Within" Hooah!